6 weeks old & gaining weight every day! Robin is now off optiflow again as a third trial. He has been very stable, and this lungs are bigger than the last time we tried. Hopefully he can last a few days longer than the last trial, or even stay off it for good! Nicki held his hands as it was removed, and though it was not nice to have the adhesive removed, Robin was a little star and much happy after the nose prongs were removed.

Andrew and Natasha came in to see Robin, and watched him being weighed and washed. They also got to witness his first real cry! He let out a really got cry for a second or so before settling down again. Nicki fed him, but had trouble getting anything from his tummy to test the placement of the nasal gastric tube. To combat this, we fed Robin a bit if milk from a bottle. Although he did spill a bit of milk, he is practicing the suck, swallow, breathe skills daily. Just after his feed, he had a big spew – so we had to change all his bedding and clothes. Andrew & Natasha got to see a whole lot of events in just an hour! 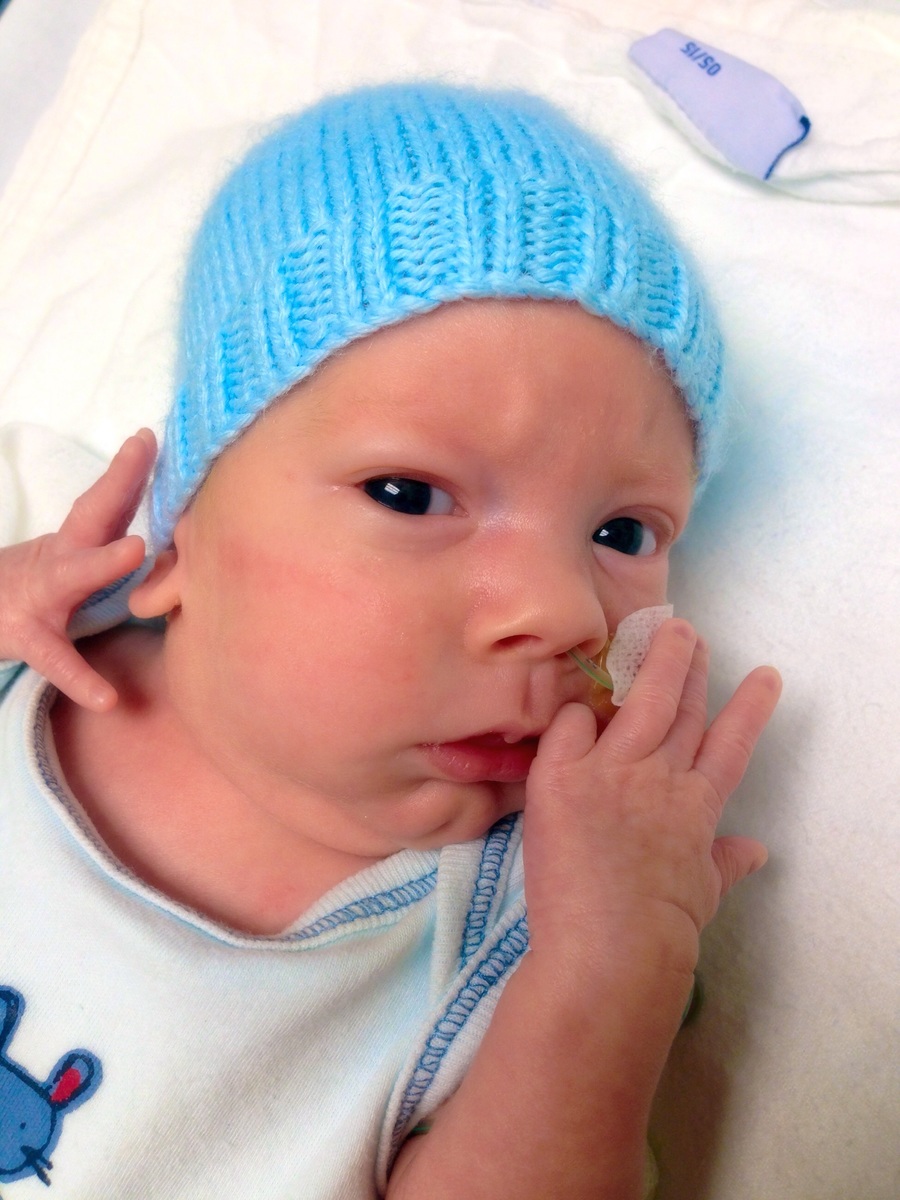 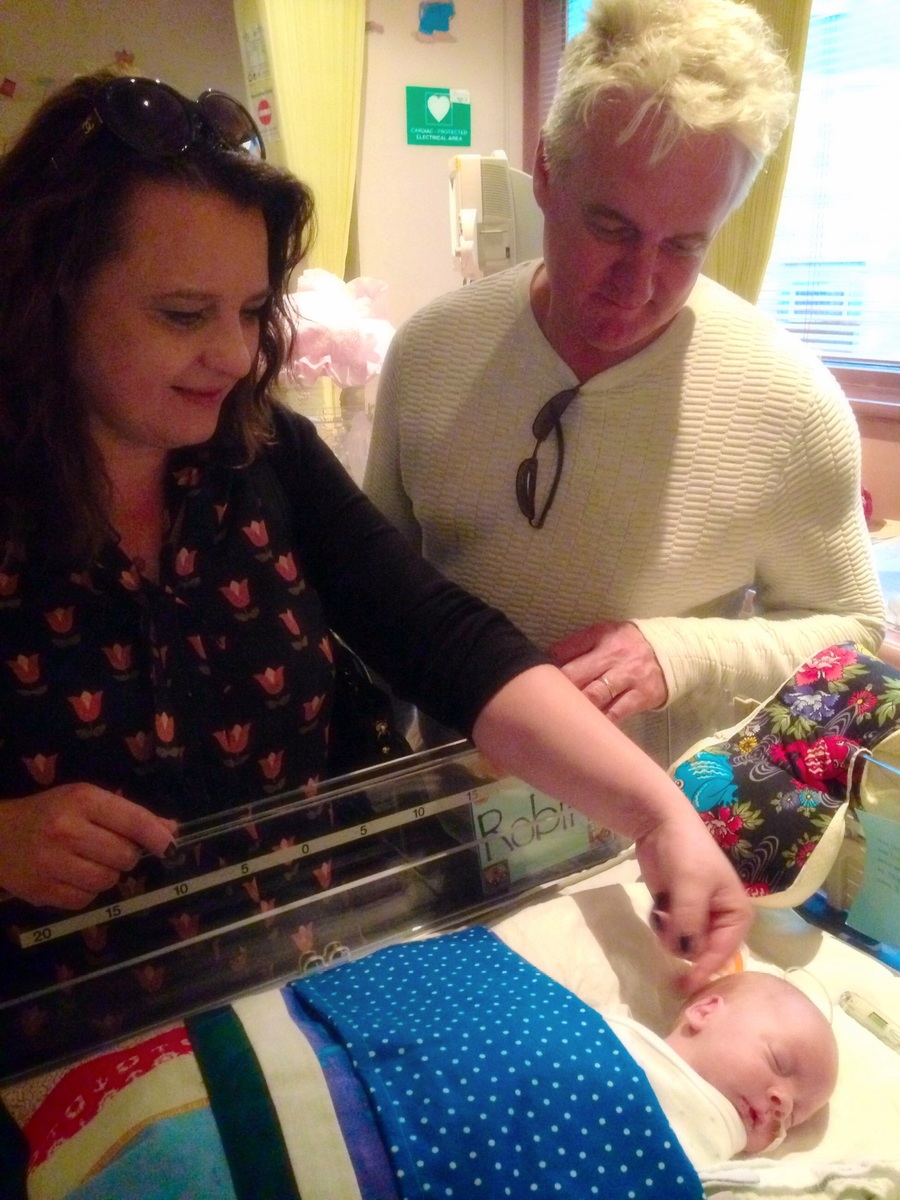 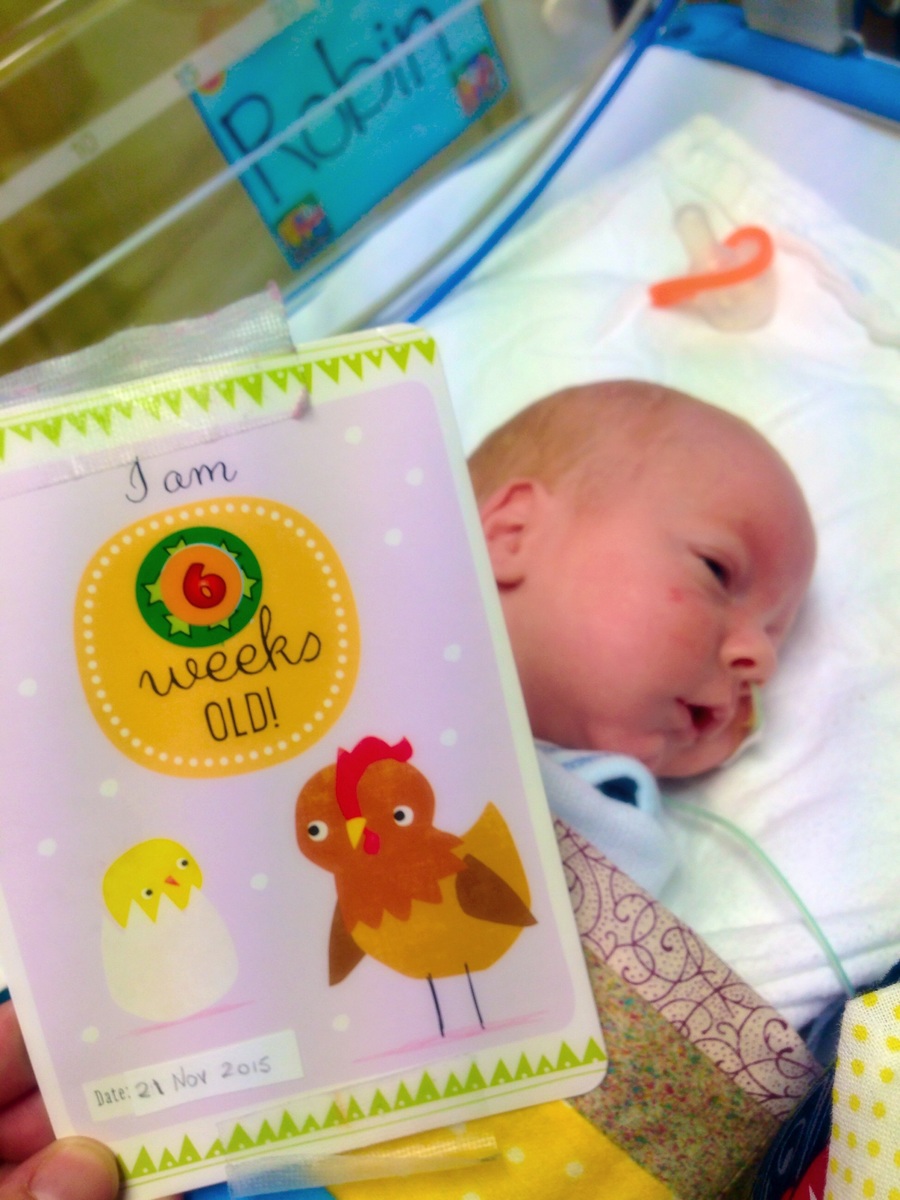