It was my birthday today! We started the day with breakfast at cafe in the train station. The quality of the restaurants at the train stations is really good. I had a quiche and Peter had eggs Benedict. We then boarded the Shinkansen (bullet train) to go to Kyoto. The trip takes about 2 & 1/2 hours, and Robin was pretty good for most of it. He slept and played and practiced talking to us. Of course, it’s all still gibberish, but he likes to try and make sounds.

Once in Kyoto, we checked into the hotel, and headed out in the rain to find something for lunch. We found a Sushi train, where Robin demanded to have some of whatever we were eating, so we gave him some soy sauce. Surprisingly, he loved it and was sucking it off of my finger.

In the afternoon, we took 2 trains to Gion and walked around the Pontocho district. There were lots of small alleyways with restaurants with ornate wooden doors and Japanese paper lanterns.

Next we went to a shopping district which had originally been streets, that was then covered over with a roof to make into a giant mall. They kept the temples though, so in-between the shops there is an few ancient temples. We bought Robin a traditional Japanese robe and look around for a few hours. Many Japanese people stopped to smile and talk to Robin, and he certainly put on a show for them, smiling and laughing. He really was lapping up the attention!

Our next stop was walking through a food market, but it was just closing up, so not much to see. There were a few stalls open, selling things like okonokoyami (octopus balls) yum!

Soon, it was time for dinner and Peter had found a restaurant that he wanted to try. Unfortunately, it was inexplicably closed when we got there after a 15 minute walk 🙁 So we walked 20 minutes back to Gion and found a shabu shabu restaurant for dinner, it was half the price of the one from the night before, and half as nice. Still amazing though! 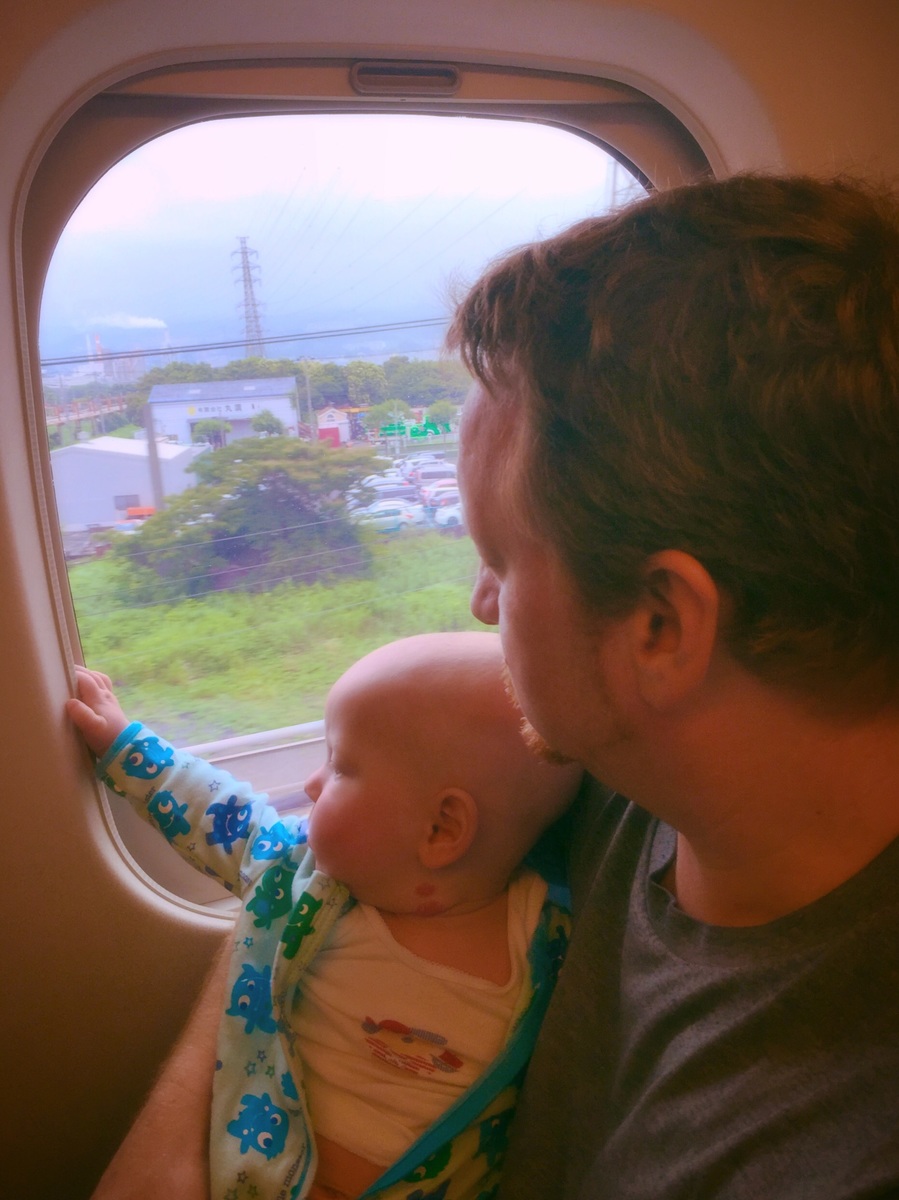 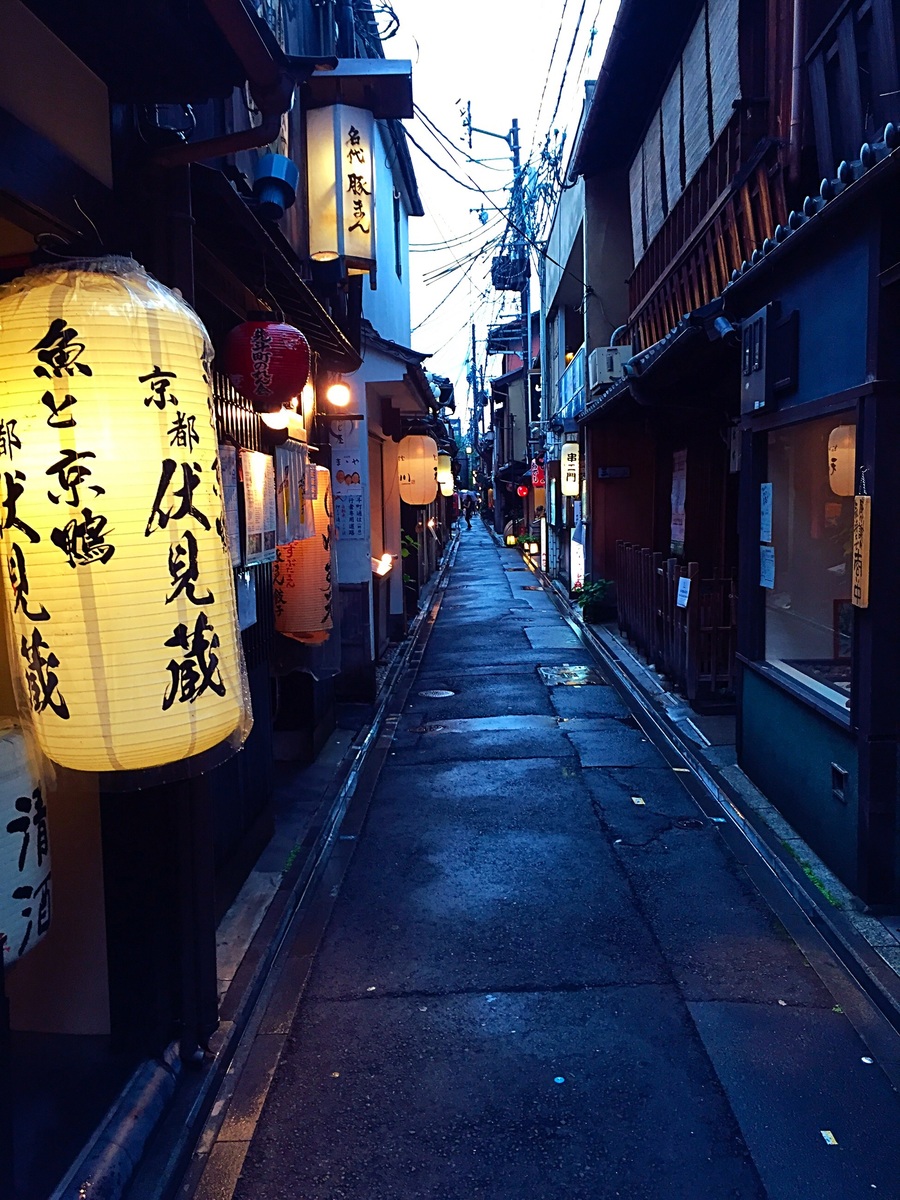 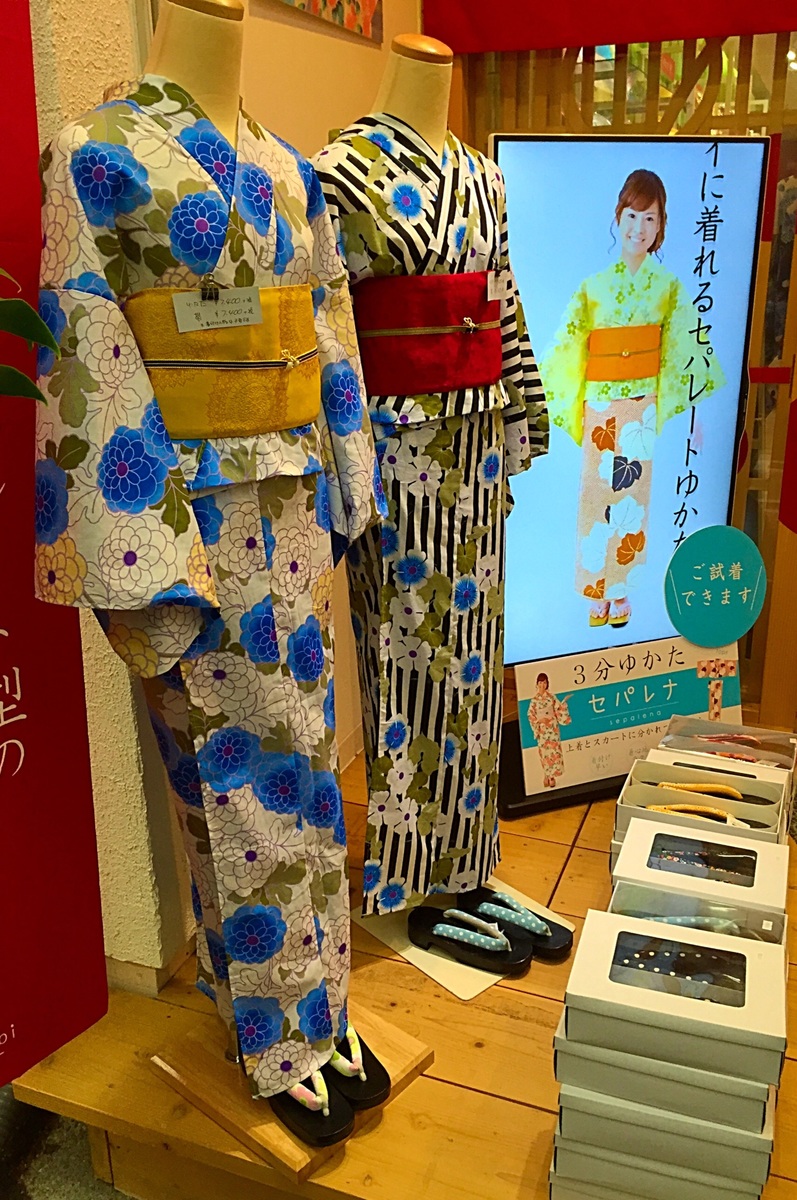 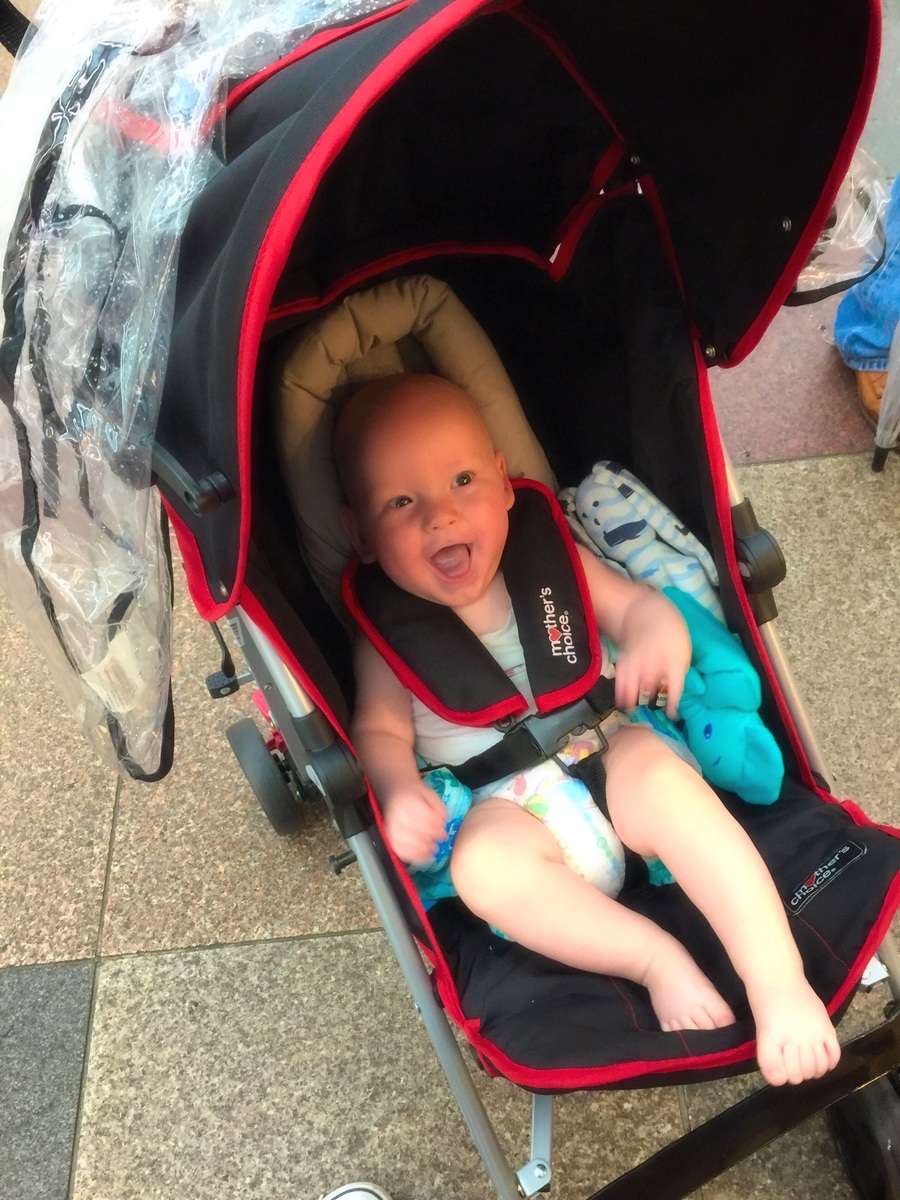 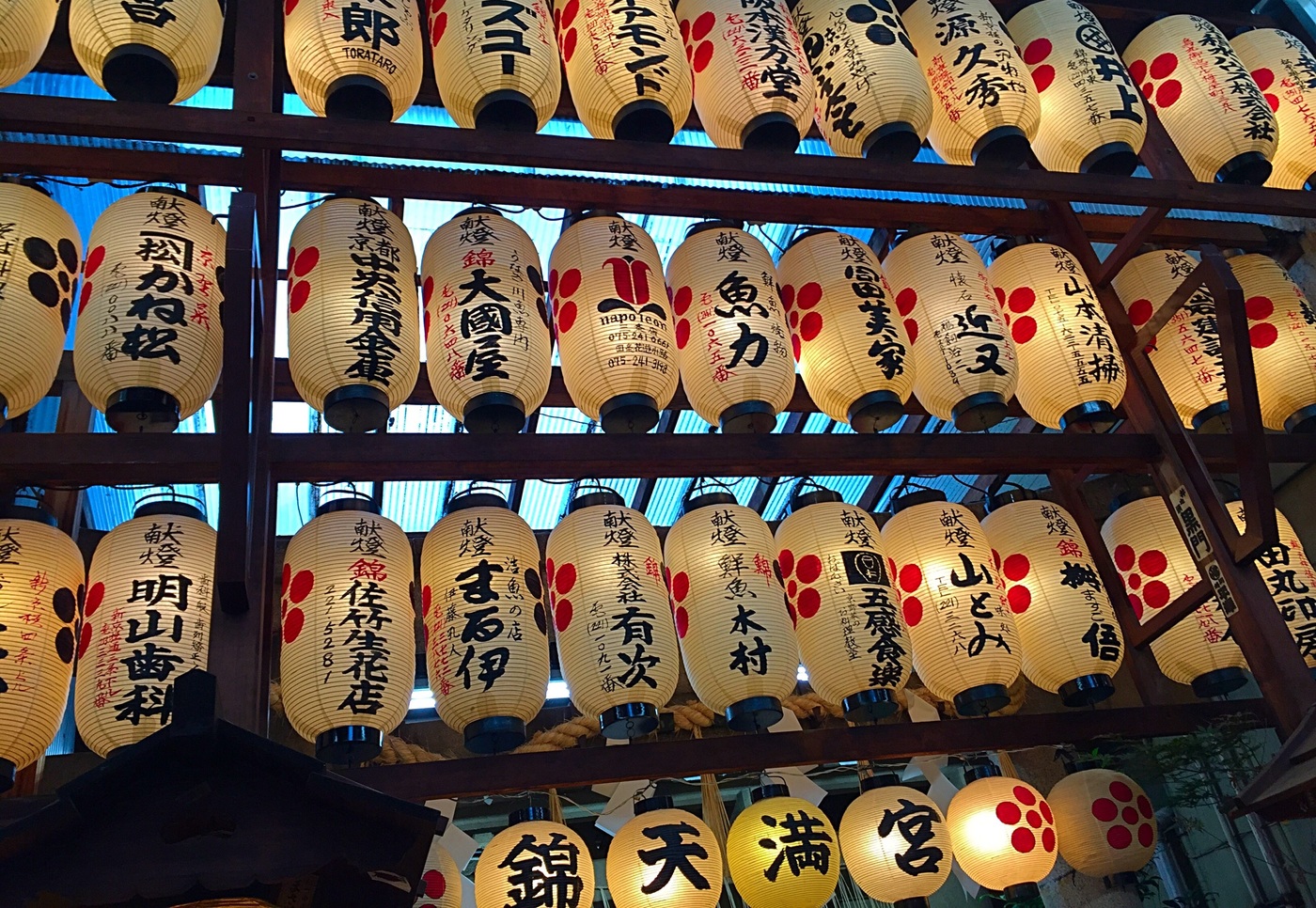 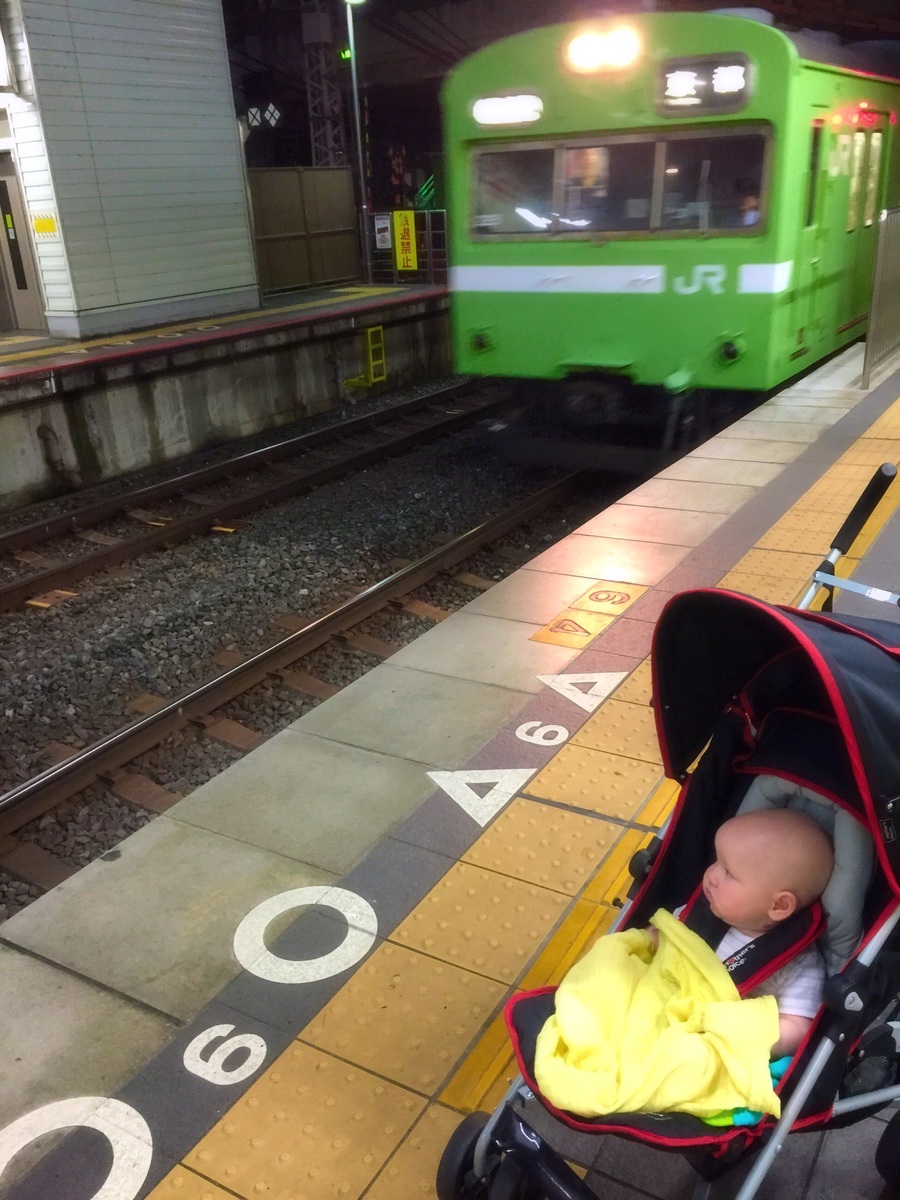 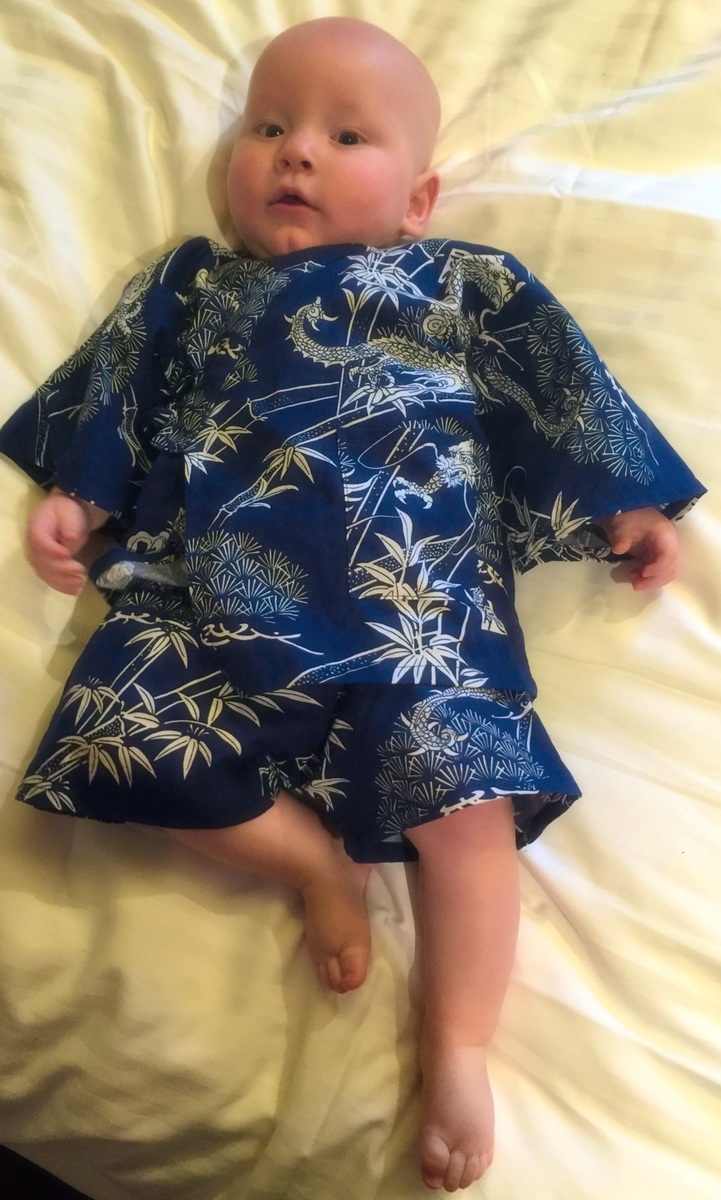