At breakfast today, the staff were amazing to is! Peter had left early for work, so Robin and I were left to navigate the Buffett by ourselves. This can be very difficult since Robin like to grab everything with his reach. The staff got a highchair for him, then held him and played with him while I had breakfast. The manager even gave Robin a toy monkey! They walked around with him to keep him entertained, which enabled me to use both a knife and fork at the same time! Luxury!

There was a forecast for thunderstorms again today, but we though we would risk it anyway and go see some of Taipei. We walked to Daan Forest Park, about 20 minutes from the hotel. There were lots of little squirrels running around which was fun to watch! They were reasonably timid, but quite curious of the pram. Robin was entranced by them as well.

From there, we walked to the Convention centre where Peter was (40 min walk) during this walk, the storm hit. I had an umbrella and the waterproof cover for the pram, but we still got soaking wet. The roads flooded and we had to walk through about 20cm of water at one point. It was a torrential downpour!

We met up with peter quickly, then headed next door where there was a baby expo on. There were lots of Taiwanese exhibitors selling things for babies. They even had a “baby race” where they put six babies in walking frames and made them race. It was hilarious! Heaps of people stopped up to take photos of Robin, the famous blue-eyed baby. I think the Asian babies are gorgeous, some of them are really cute.

Once I’d dragged Robin away from his fans (haha) we went next door to the skyscraper, Taipei 101. It’s an amazing building, that is designed to move in an earthquake. It has one of the fastest elevators in the world and in not attached to the ground with traditional foundations. The whole thing is an engineering not marvel, I highly recommend googling it to learn more. We took a few photos then headed back to the hotel to meet Peter and go for dinner.

We met up with Peter’s work friends for dinner, and they all gushed over Robin. He is certainly getting a lot of attention! What can I say, we made a pretty great baby. 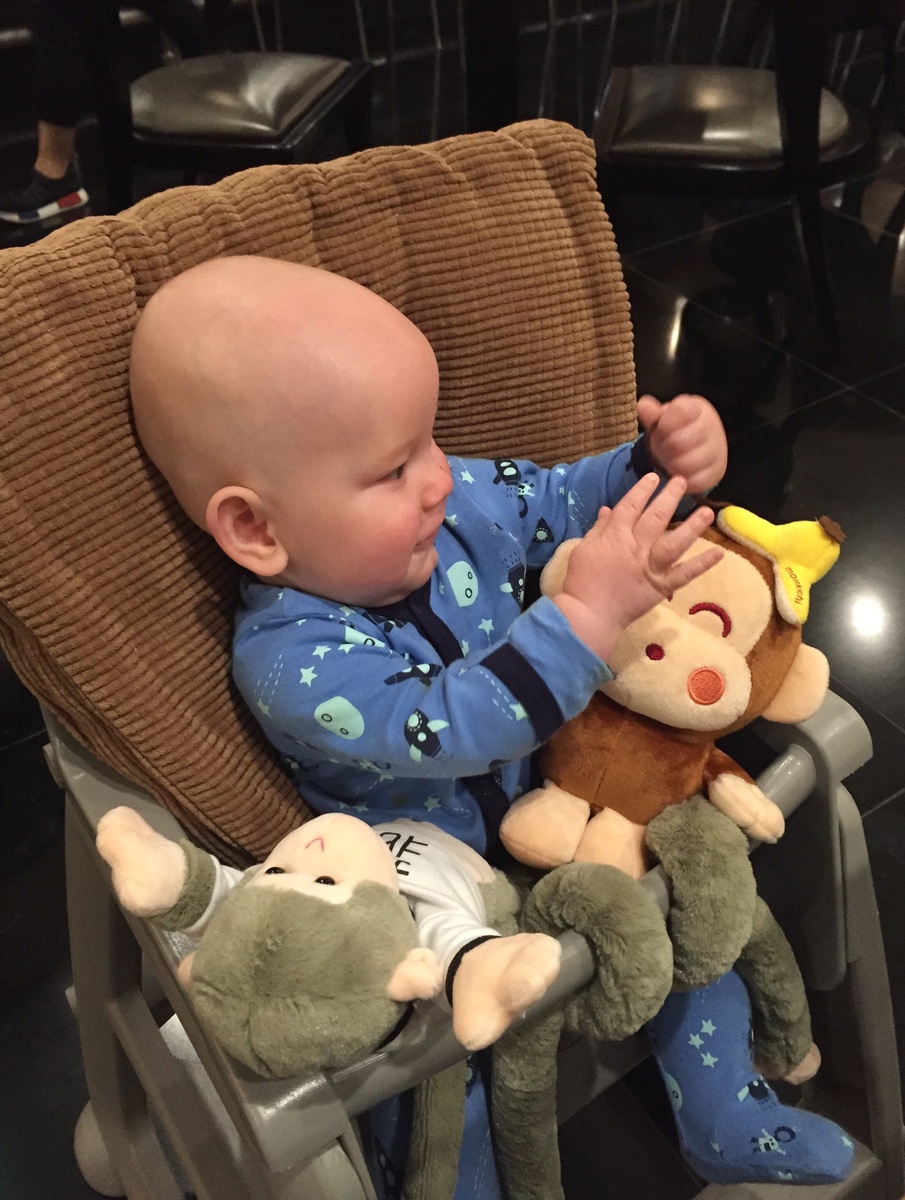 Being spoilt by the staff! 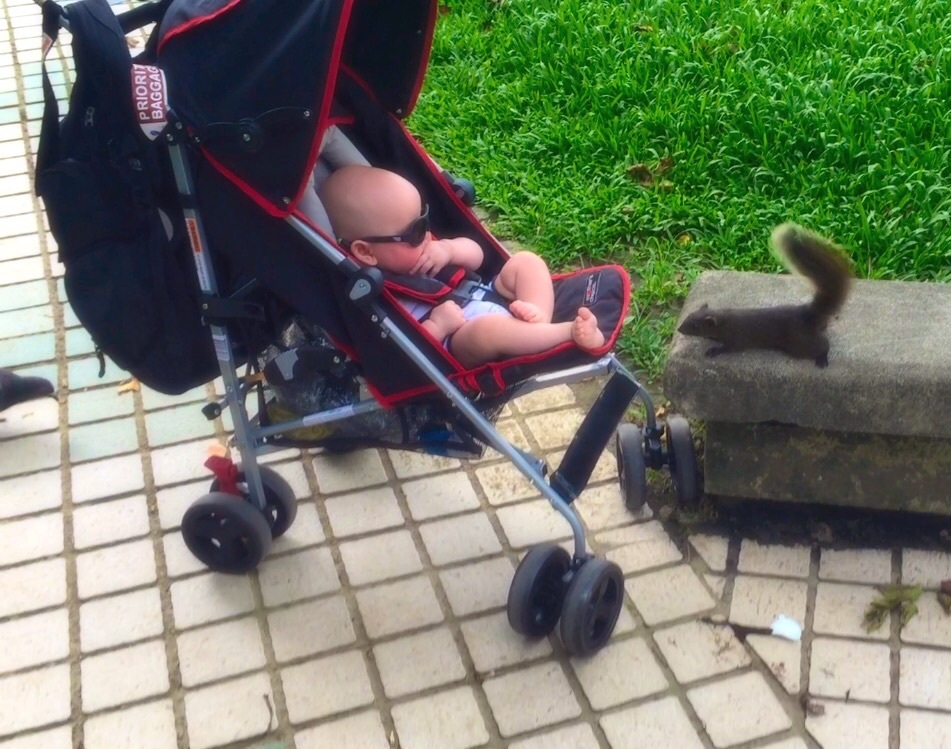 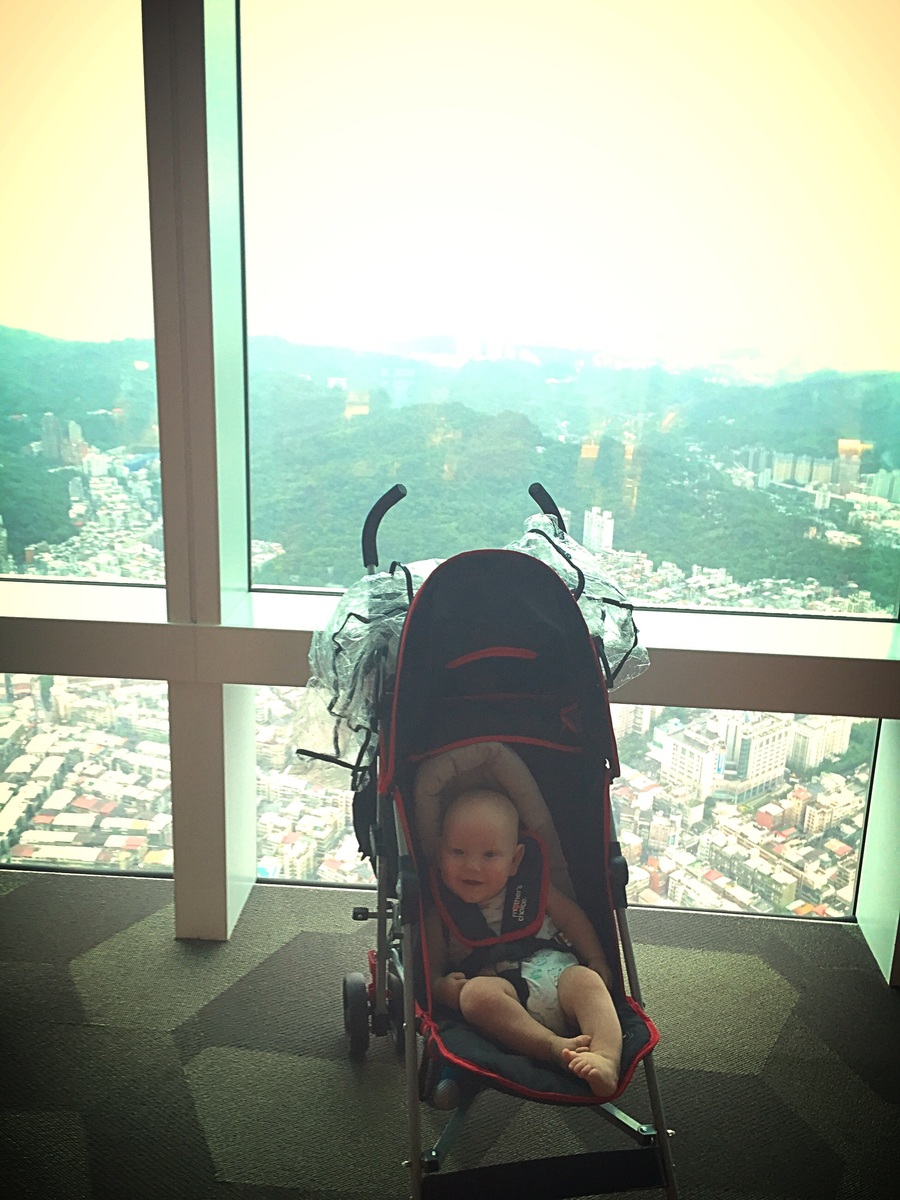 View from the observation deck of Taipei 101 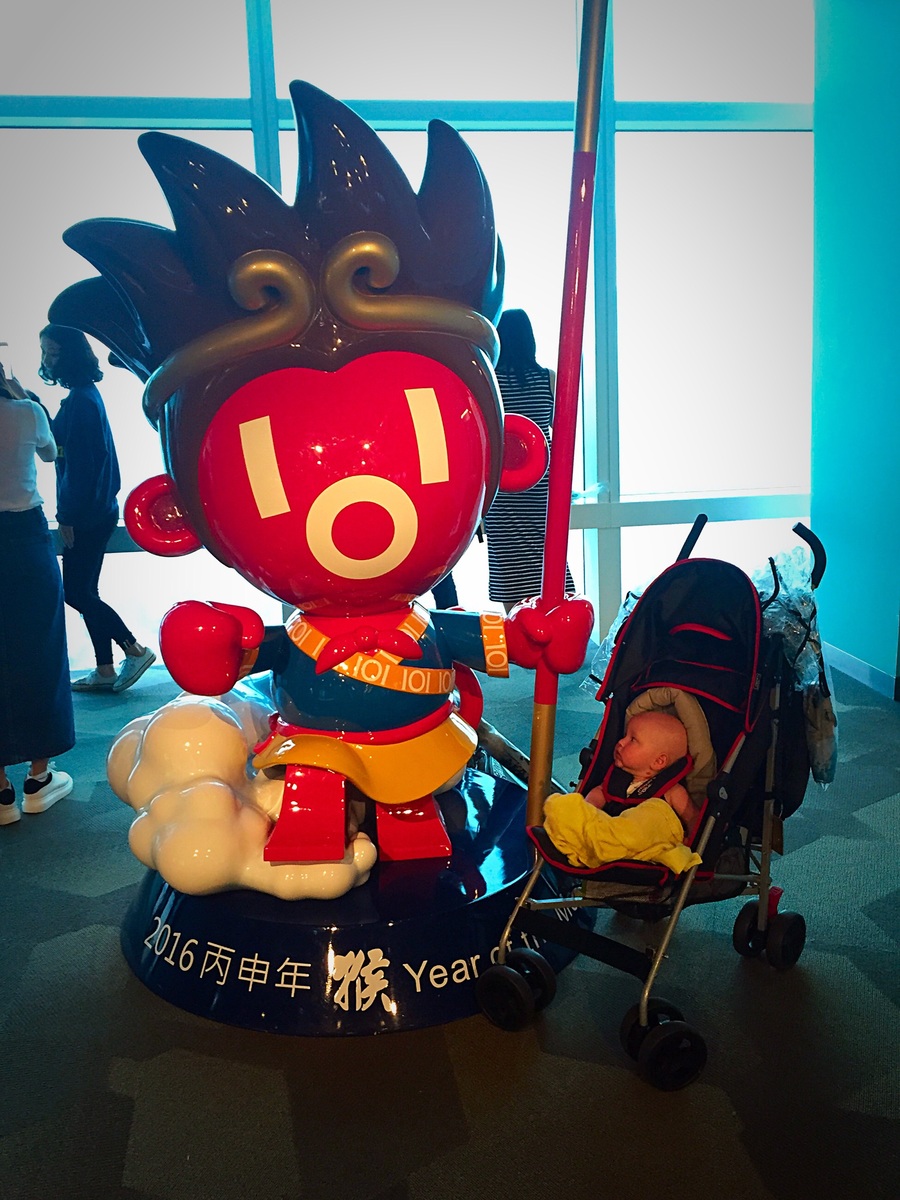 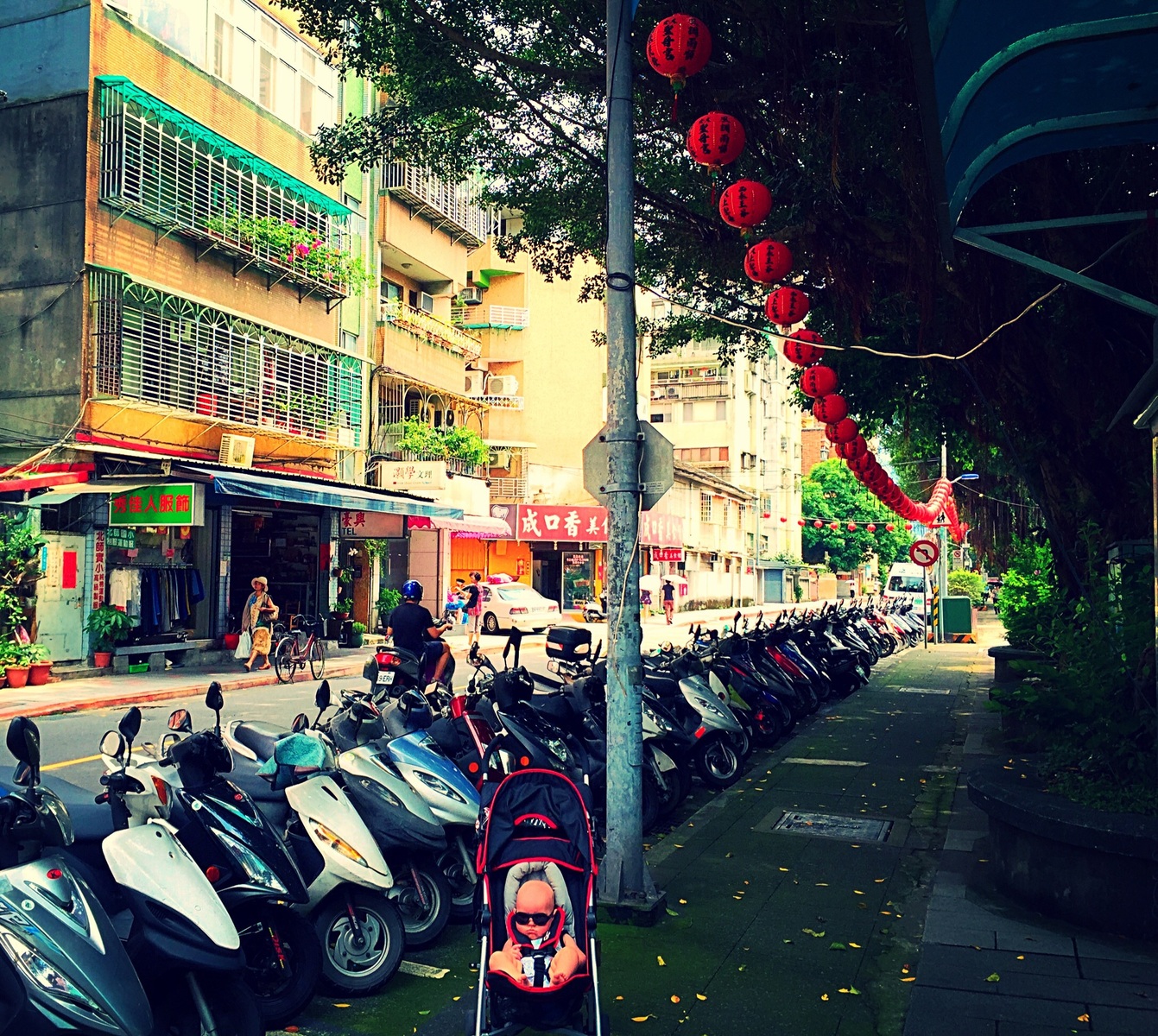