Last night, Robin was weighed and the scale showed 2.5kg! This is a gain of 90gms in one day – which is way above average. We are not sure if it is a correct weight or not, so will wait for the next weigh before celebrating. The doctors checked to see if Robin was bloated or puffy because of the large weight gain, but he seems to be fine.

Nicki spoke to one of the NED (neonatal early discharge) coordinators today. She seemed to think that Robin would be ready to come home as early as next weekend! This is very exciting, but since Peter is away, I won’t be bringing Robin hone just yet. Peter is back around the 13th of December, so hopefully we can bring Robin home then.

One if the criteria to Robins discharge, is that he must be on at least one full oral feed. That means that this week, we are focusing on breastfeeding. So far, he had been latching, then sucking for a second, then pushing himself off Nicki’s breast. This is common in premmies, as they can’t maintain the latch. One of the nurses helped Nicki & Robin with breastfeeding today. She gave Nicki a nipple shield, which is like a plastic teat that attaches to the nipple, to help Robin maintain a latch. This worked really well, and Robin was able to breastfeed for longer.

Nicki and Robin had a nice nap together in an armchair today, and granny Suzy read some more Winne the Pooh. Nicki found a red and white striped baby romper, which looks like the one baby Toby wore in the movie Labrynth. Since that is one of Nicki’s favourite movies, Robin had to be dressed in it immediately. So cute 🙂 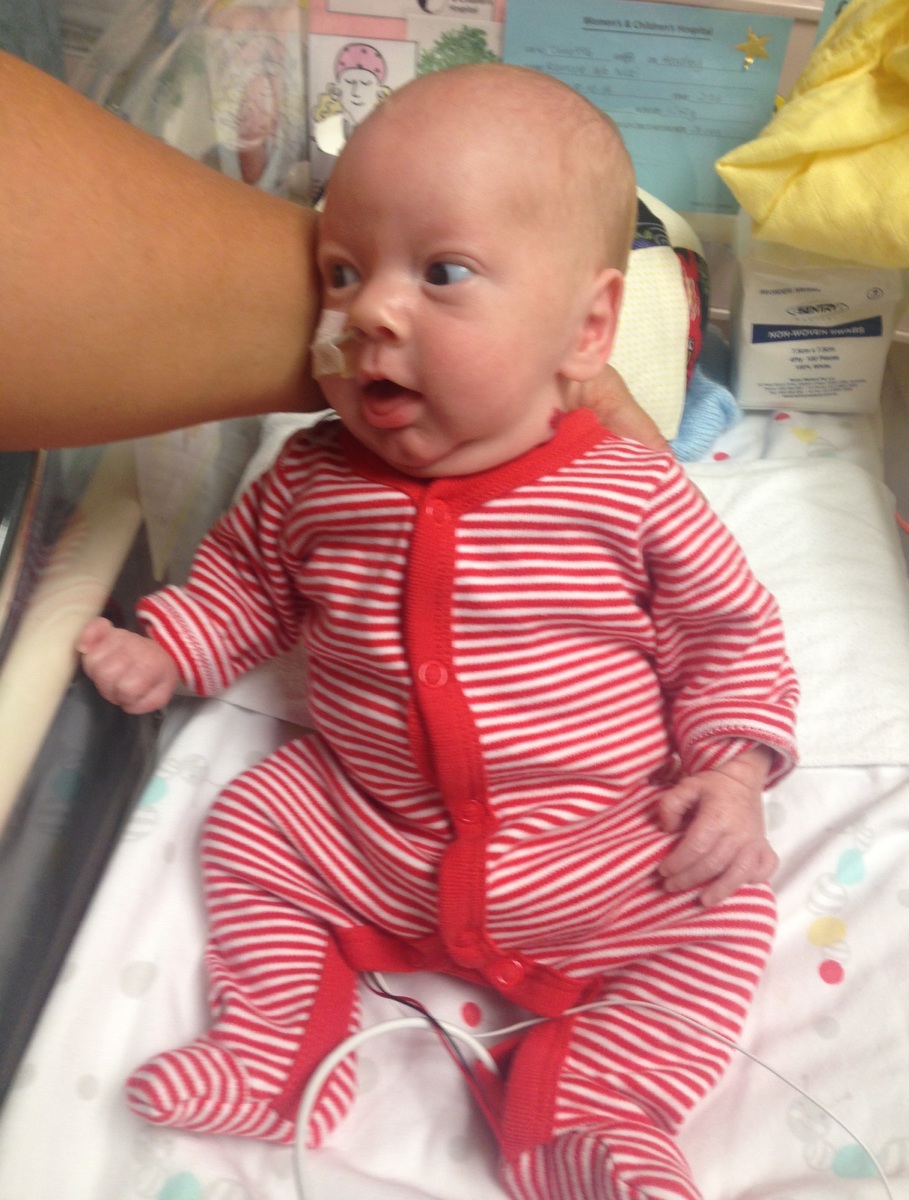 You remind me of a babe.. 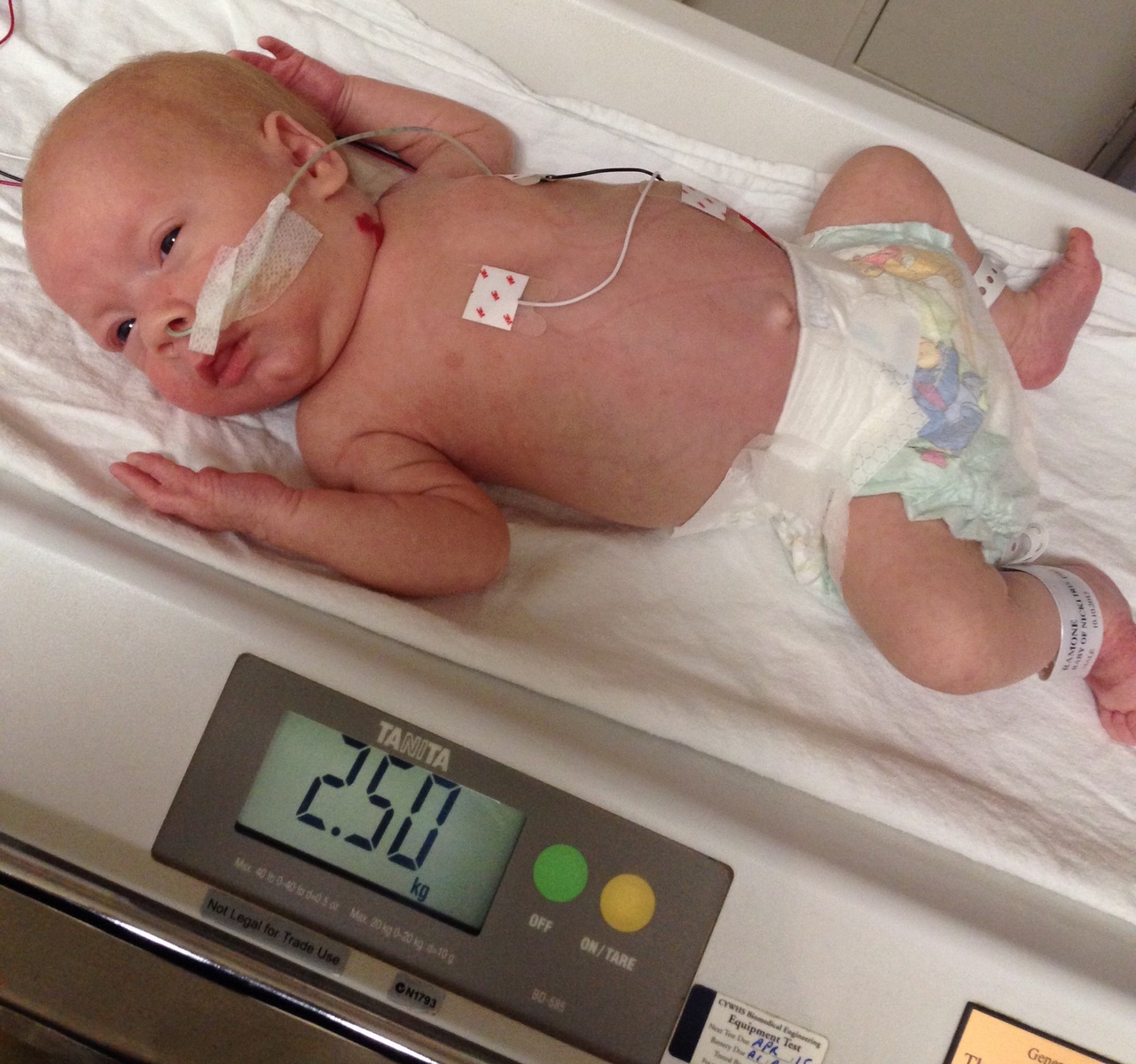